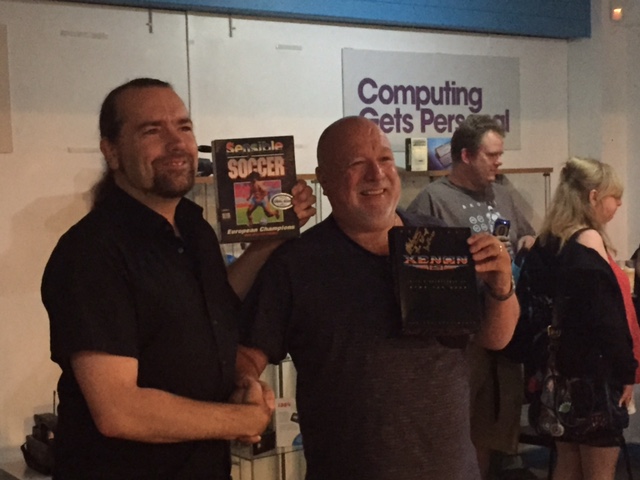 Thanks to everyone that came along on Saturday. The Bitmap Brothers Vs Sensible Software event was a massive success and went without a single hitch, whatever your thoughts on the end results between the two video game titans.

Mike Montgomery and Jon Hare were great sports and went along with a format where we matched up five games from each of their back catalogues and attendees voted on their favourites. Our host for the evening, Mike James from Retrogaming Roundup, quizzed them about the games and announced the winners as the evening progressed. There were some great anecdotes and some extremely humorous banter between the two who have known each other as both friends and business associates for the best part of three decades.

In the end the result was a draw: