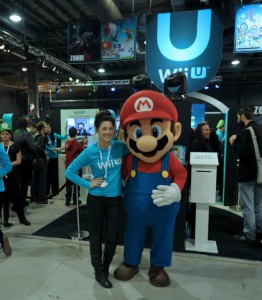 We're going to be pushing our "tour bus" capacity to its absolute limit this October when we do our final expo and gig of the year in one fell swoop! We're happy to announce that as well as exhibiting at the Play Expo 12/13th October 2013 we shall also be playing the after show party at Fab Cafe. So along side our 8-Track, CRT TV, arcade machine and merch, we'll also be packing our guitars, amps, drums and Paul's energy drinks.

All very excited about the whole thing! Nintendo have even confirmed there attendance this year and Play Events are running a competition to celebrate: click here to enter! 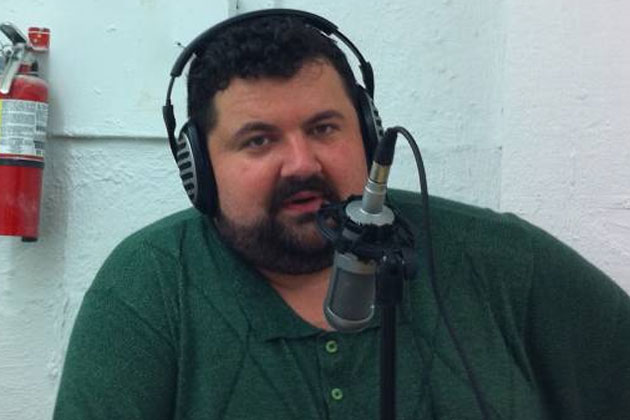 We were struck by the news this week that Giant Bomb senior editor Ryan Davis passed away last week. After coming out of university, I started to get back into gaming in some haphazard way. After working a terrible job at a popular high street entertainment retailer, I was unemployed and bored, games were the best place to spend my time in between applying for jobs.

I remembered discussing video gaming with a friend a few months previous and the name Giant Bomb came up. Around Christmas of 2009 I started downloading their podcast. Every week since then I've been listening to the staff of Giant Bomb on my commute - Their personalities made the gaming part of the show secondary and hearing tales of food, Coke Freestyle machines and being misquoted by newspapers became my favorite parts of the show.

Listening to their recommendations made me pick up some games I would have never heard of otherwise. After recommending the podcast to Aidy (in an effort to get him into the 21st Century of gaming) he got just as hooked as I did. Wait until I tell him that Buckner and Garcia wrote a song about the site!

After hearing of his untimely passing at the age of just 34, many people said they felt as if they'd lost a friend. It’s going to be strange not hearing his voice whilst driving to work. Watching and listening to the material he was involved with inspired me to stop being lazy and to do more dumb stuff with video, podcasts and people.

We pass on our sincere condolences to Ryan’s wife, friends and family.

It seems like only yesterday that we were living it up at Revival and entertaining punters with an 8-Track copy of our album and a CRT television. Well we're doing it all again at another expo next month!

Silicon Dreams is taking place from the 5th to 7th July and we'll be there for the Saturday and Sunday. Come and say hello, it's going to be a great weekend for retro-enthusiasts. We've heard, on good authority, that Steve Furber (part of the original Acorn team and the character that Dave plays in our music video) is going to be doing a talk on the Sunday.

Dave and myself headed into London today to check out Bespoke Arcade's new show room. We spent a good couple of hours drinking coffee, playing on their arcade cabinets and chatting about all things game related with their Web Developer/marketing bod Vagish Vela. Vagish was kind enough to invite us down to try out their new cabinets and even gave us a cheeky tour of the workshop.

Our latest track CGE Adventures was played on BBC Introducing Cambridgeshire last night courtesy of our favourite local radio presenter Mr Tom Simkins! If you missed out then you can listen again here: