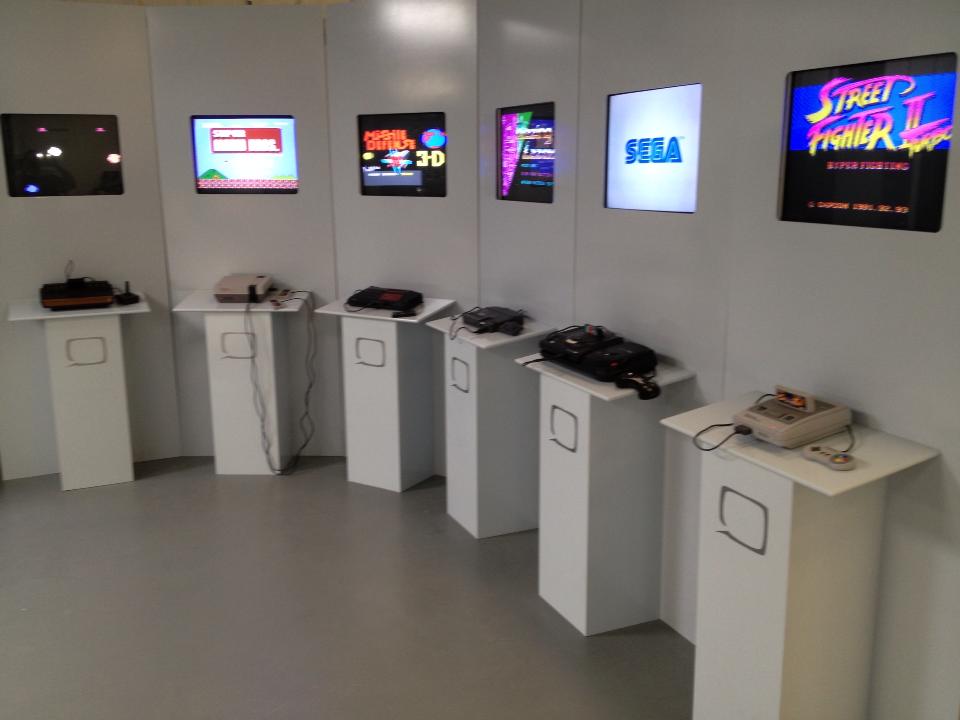 Very excited to announce that we're helping to organise a Retro Video Game Night at the Centre for Computing History in Cambridge. This promises to be a great night for retrogamers, the museum has everything from Pong to PS2 and everything inbetween! Museum owner Jason Fitzpatrick has even agreed to get out some of the rarer gaming consoles for the evening including the NEC PC FX and the original Neo Geo. If you have any specific requests for games or machines you'd like to play on the night then drop us an This email address is being protected from spambots. You need JavaScript enabled to view it..

You can 'Bring Your Own Booze' but due to this and the fact that there'll probably be a few titles not suitable for kids being played this is an over 18s only event. You'll also be able to order food from a nearby takeaway.

Well it's all over for another year but we had a great time at Play Expo 2013. We had a few beers, played a shed load of video games and even performed a few songs at the After Show Party. We also got to meet some very cool people, as always there was representation from our favorite podcast 'Retrogaming Roundup' and we finally got to meet Tim Nicholls aka @woodpunk. Tim's recently added our album to his list of incentives for people that back his Artcade book, if you haven't backed him yet then you can do so here:

Please take a moment to watch and 'like' this video. It's our competition entry to win a support slot on the Weezer Cruise next year and the video with the most likes on YouTube wins. We're all massive Weezer fans here at the British IBM to the extent that they're actually mentioned as an influence on our About page and various other bios that we have scattered around the Internet.

We were a bit late coming up with our entry but Dave popped round last weekend and within eight hours we'd manage to come up with a completed music video for Feeling. Unfortunately, due to the very short notice, Paul wasn't able to be in it. Don't worry though we used some clever scripting to work around his absence ;-)

Not exactly sure what this is yet but during a bit of "British IBM Admin" which generally involves posting CDs, responding to emails and some DIY marketing. I was searching for our band name on Twitter (we all do it!) and I stumbled upon a Twitter account with no followers @BritishIBMFilm, further investigation revealed a dot com site and a Facebook page.

So, using my incredible skills of deduction it appears that someone's making a documentary about Acorn, which is very cool! I've dropped them an email to find out more and to see if they need any music ;-)

We've actually got a rare bit of down time at the moment, Dave's doing his Game Jar stuff, Paul's off touring one of his plays and as for me, I've been working on a few new demos but I've also been co-creating a video game for the Raspberry Pi. If you've come along to our stand at any of the previous retro gaming expos then chances are you've already had a go on Lunar Panda. The game is based loosely on Lunar Lander (hence the name) and we're giving it away for free along with the source code. Feel free to check it out at: www.GimpySoftware.com

All the artwork for the game was created by Jose Cubero, who also did our animated music videos, God's Front Porch and Animal. I've been doing a lot of the music, sound effects and a little bit of coding here and there whilst Dean "Carmack" Edis has been flexing his brain on a regular basis doing all the "proper hard" stuff like animation, collision detection and some even lightning effects for the upcoming XBox/PC version.

Oh and check out the awesome trailer that Jose made for it!