Our good friend and favourite brewer of fine beers Lord Conrad is going to be putting on the ultimate B Movie festival at The Centre for Computing History in Cambridge this month. The Extreme B Movie & Short Film Festival is taking place over five days from August 19th to August 23rd 2015 and includes after hours retro gaming, licensed bar, fresh pop corn and a chance to win some awesome prizes.

For more information and tickets go here and make sure you use the discount code RETRO:
http://www.cambridgebmovie.co.uk/boxoffice The official music video for We Were the Stars is finally here and you can now watch it exclusively over at Clash Music here:
http://www.clashmusic.com/videos/premiere-the-british-ibm-we-were-the-stars

Great little venue in Cambridge, it's a cafe with a record store in the basement. I've been here a few times to watch other bands perform but this is the first time we've played here. Dave and myself did an acoustic set and played Hey Mikie for the first time. Also playing was Annie Dressner's new band The Pollyanna Band who were awesome and a personal highlight for myself was when Annie played Brooklyn, which is one of my favourite songs from her first solo album. 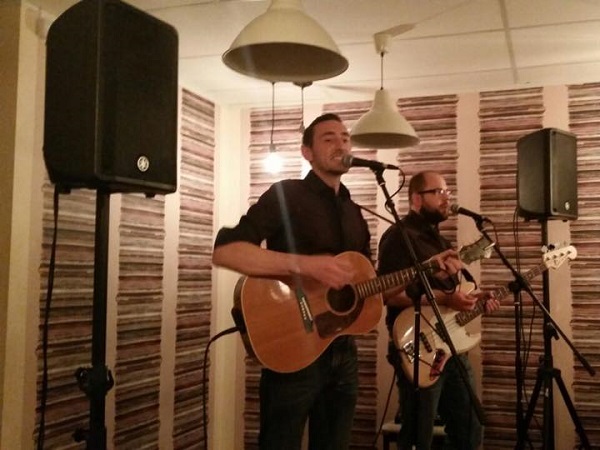 Anyone remember a game called Local Bomber for the Mattel Aquarius? I'm sure it was available on other systems but this was my first computer and this is the first game I remember playing on it. It was an incredibly simple, one button game in which a plane with "bombing capabilities" scrolled across the screen, from left to right, getting lower with each pass. The object of the game was to tap a key when the plane was above one of the skyscrapers in order to bomb it and to eventually wipe out the entire city. It might be worth pointing out that this city was an alien city and a fairly hostile one at that, so the bombing was justified. Anyway! As the levels progressed the speed increased and you ran the risk of colliding with the skyscrapers if you didn't bomb them quick enough.

Fast forward a few decades and I'm thinking about that game once again and how it would make a great mobile game. So when I had a bit of downtime from recording the new album I knocked up a prototype over at Gimpy Software and even composed some 8 bit music for the title screen, I then showed it to Dean (the other half of Gimpy Software). Dean set about fixing a few bugs that I'd deliberately left in the code because Dean loves fixing bugs in my code. Good old Dean. He then added a scoring system and bosh! We now have our first ever mobile game. It's out now on the App Store for iPhone and iPad.

So there you have it. The story of Gimpy Bomber in a nutshell. You can check it our here: https://itunes.apple.com/gb/app/id1003411451

Oh and if you like it then please leave us nice review on the App Store. :-) 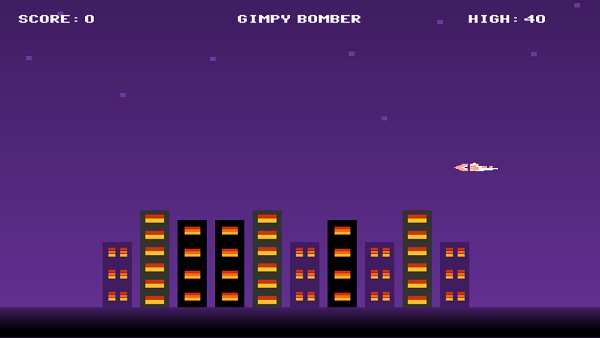 This coming Saturday (25th July 2015, doors 7pm) Dave and myself are playing an acoustic set at Relevant Records in Cambridge. It's free entry, they do a decent selection of bottled beers and there's even a record store in the basement! What more could you possibly ask for? 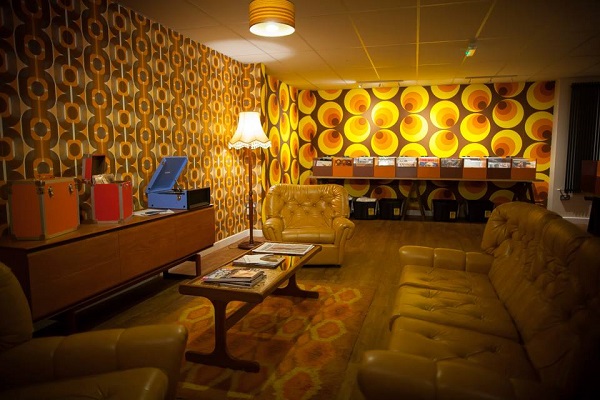