Did an interview with Nick Tann for the Is This Thing on Podcast, which has now been going for ten years! This is the Happy New Year 2018 episode. We talk about Micro Men, video games and gin. I'm around 38 minutes in:

Celebrating Christmas and ten years of Half Ton Studios with some of the other artists that have recorded there over the years. Great to play as a full band again and we played Jet Set Willy for the first time live.

Thanks to Simon Morgan for coming all the way from Swindon to see us play for recording this video of us performing the British IBM.

Our new single Jet Set Willy is now available to purchase and/or stream in all the usual modern places. Check out the music video below and spread the word!

Our brand new single Jet Set Willy is out next Wednesday 20th December 2017, which is when we'll also be premiering the music video. If you simply cannot wait then join us on Patreon where you can view it now. 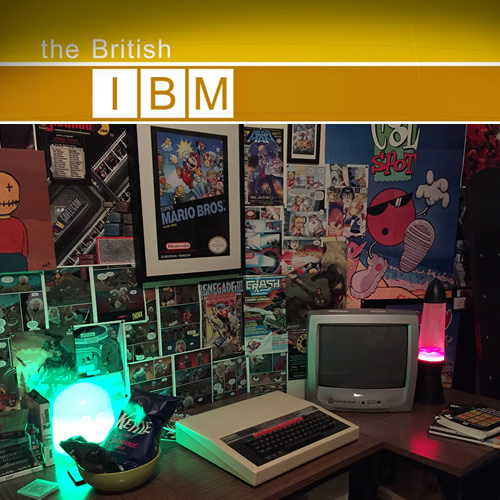 The final and also busiest retro night of the year with nearly 150 people in attendance. The usual burger van pulled out at the last minute but the static one round the corner was nice enough to stay open late for us. Lord Conrad premiered a new beer and Ian introduced us to two player Lemmings. Great night, great selection of games with a selection of Christmas tunes and videos playing throughout the evening. All in all it was awesome way to round off 2017.